In quantum physics, a ‘glass’ is a disordered phase of matter that never reaches a true thermodynamic equilibrium. Understanding these phases is a major open question in modern statistical physics. 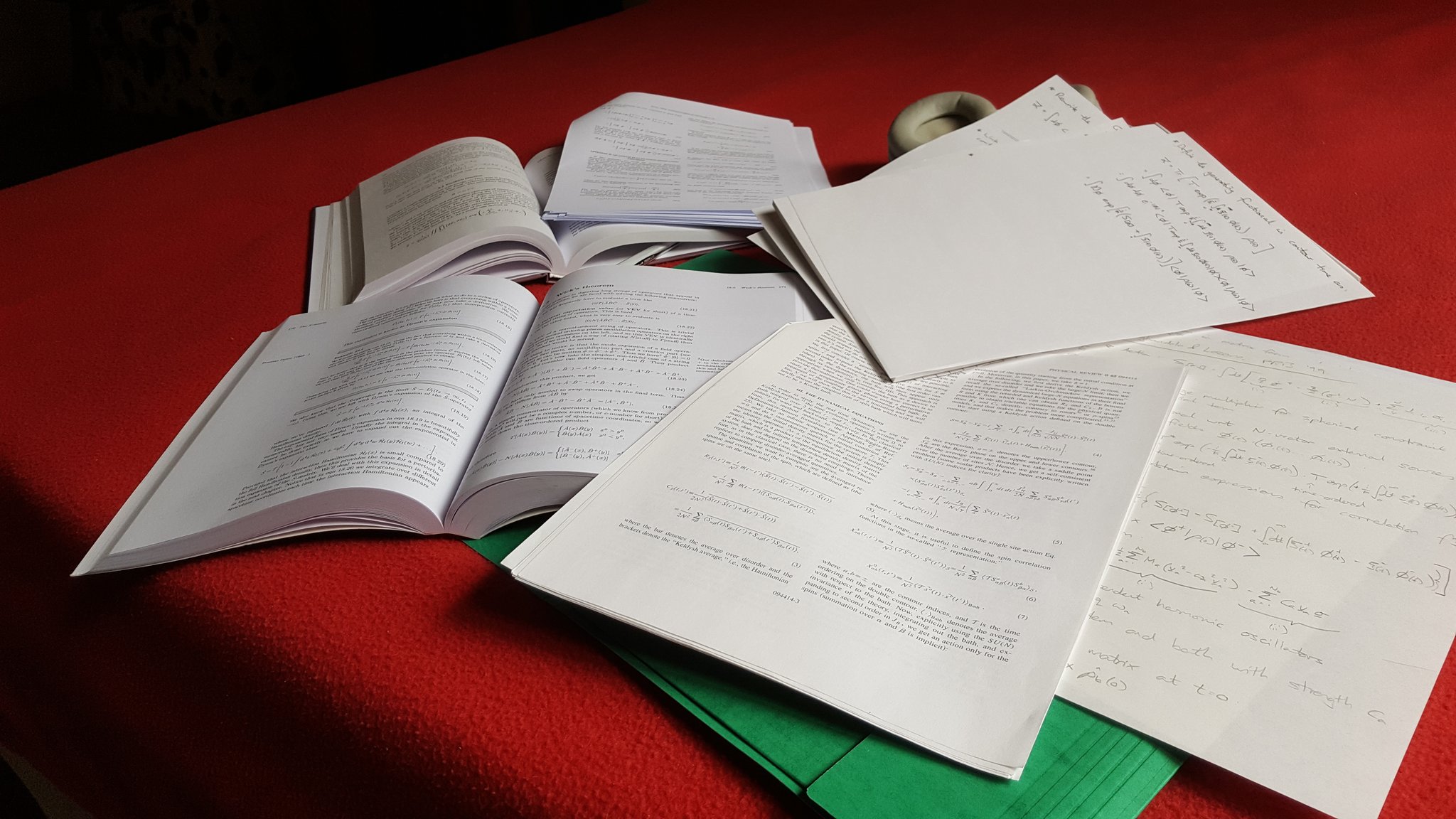 Similarly to the way that the molecules in window glass don’t form the crystal structure that defines an ordered material, the word ‘glass’ is used in classical physics to describe amorphous solids. Whether due to disorder or some other source of frustration, these materials never reach a true, ordered thermodynamic equilibrium but instead become ‘stuck’ in an energetically unfavourable configuration.

In quantum physics, the term is use more generally to describe materials which may have a crystal structure, but whose magnetic properties fail to order. Understanding how, when and why this happens is a major outstanding challenge. Glasses don’t break symmetries in the way that conventionally ordered phases do, and so both calculations and experiments on them are subtle and difficult.